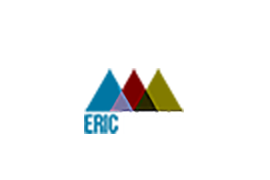 So the time has come..you want to buy a drone, but which one is the question and how much do you want to spend…

In this post I will be explaining 2 drones which I personally own and still use and which I recommend for people to buy.

The 2 drones I have are:

Firstly I trust DJI software and the way it works. It’s reliable and trustworthy. To me the software is stable. I have read many reports of faults on the likes of GoPro Karma drone when it first came out. It’s also the features on the DJI stuff that impresses me. Every time they release a new drone they innovate. Bit like what Apple use to do so I would regard them as market leaders in the drone world.

I bought a DJI Spark because it was on offer. I bought it for £499 for the fly-more combo which was quite good at the time. It’s tiny, portable to take around, especially for travelling, which I have done. It doesn’t stick out like a Phantom drone in the sky, drawing attention. It’s quite stable when there’s a bit of wind. Lastly, it’s easy to use and to connect.

What about the image quality of the Spark?

It’s good if you are uploading to social media. It doesn’t record in 4k or have the best image quality but it’s fair. I use it for my property work. Most estate agents I’ve worked with upload to their website so it doesn’t require proper pin sharp images which is why I use the Spark and not the Mavic.

For hobbyist I can definitely recommend the DJI Spark. However, there is something I do not like about the Spark and it has ruined my enjoyment using it. Both the Spark and the Mavic Air (not Pro) are both connected using WIFI. DJI advertises long ranges on both but I can say they are absolute bull poo. At first I thought my Spark had a fault and couldn’t go far at all. It took me a bit of research to understand why. The best way I can explain it is- think about your mobile phone connected to your home broadband. When you are using your phone in the house it’s awesome and fast. Then when you leave the house say 50 yards for example to the end of the driveway or a bit down the road your phones connection loses signal. This is exactly the same as the connection with the DJI Spark and DJI Mavic Air. Once it gets to a certain point the transmission between the remote and drone gets weak then dies. Fear not though- this doesn’t mean it’ll fly away. Remember I said DJI’s software is good? Once it loses range the drone will automatically fly home.

Anyways, this annoys me because to me, it doesn’t go far. I know the law say the drone should always be within line of sight but it’s quite ridiculous how easy it loses transmission. I spoke to several owners and they say the same. On one job, I tried to get photos of a beautiful yet massive house. The client wanted me to get the land in the shot too. My Spark struggled and I just about got the shot.

Also, when the controller isn’t in line with the drone it also disconnects, so say the drone does behind a tree, even though it’s close to you, it will disconnect or the transmission will get weak. Or if you move with the drone and you go behind a small wall, it will do the same. This frustrates me!

(Yes the plastic is still on my remote 😀 I almost never remove these or label tags on my bag..im a geek!).

So when the Mavic 2 Pro was announced to have the same features I had to have it. Cheaper and portable too..my wife still wouldn’t let me have it but 2 v 1 reasons meant I had to right? Although i’m not going to lie..i got absolutely destroyed when she found out!

Not only was the sensor bigger but it had the awesome Hasselblad camera too. Hasselblad are known for its awesome medium format camera producing stunning high quality images. Also, the flight modes and features on the Mavic were just mind blowing. It makes me look like a good film maker. I can say the hyperlapse mode is just stunning.

This is totally different than the Spark. The Mavic 2 Pro connects much faster than the spark using the new OccuSync 2 connection but because it doesn’t rely on WiFi the range actually does hit what DJI advertises. Well, I think anyways. I haven’t done a range test and I will not or plan to do a range test but it’s so much better getting further to get the shot and knowing the connection is still strong makes the experience much more enjoyable.

The battery power is also a huge plus. These lasts for around 30 minutes and I have 3 of them. Unlike the Spark battery which lasts at max 15 minutes. If you’re in sport mode it’s less but it means you’re always conscious that you need to get the drone up..get the shot then down again.

Obviously there are bad points too. The biggest one is that it’s dear. From buying a Spark at £499 to a £1500 (both fly-more combos), it’s a big investment for hobbyists.

So Which One Would You Recommend?

When I had the Spark I always recommended this to people because I knew they were hobbyists and just wanted to upload onto social media. Serious drone pilots wouldn’t bother with a Spark, nor would they with a Mavic. The Phantom and Inspire range are what they would look at. If you are a beginner I would recommend a Spark. You know it’ll not go far and it will always be in line of sight meaning it’s safe flying.

However, my first flight with the Mavic 2 Pro was so good I immediately didn’t like the Spark. If I was to start again I would save up for a Mavic instead of a Spark. The range is excellent, features on it are amazing, it’s incredibly stable, the footage is beautiful, it’s super super smooth and it does a lot more than what I have mentioned above.

You get what you pay for is the saying- I can honestly say it goes with this too. However, I know not everyone has the money to buy one or wouldn’t want to spend the money incase they crash it. One thing I haven’t mentioned are the number of sensors. The Mavic 2 Pro has a lot of sensors so any obstacles in the way of the flight you will be made aware of it on the app so technically- only an idiot or someone who just doesn’t pay attention can crash it.

One thing I highly recommend getting are PolarPro CPL/ND filters. They produce possibly the best filters for drones, and cameras too. Definitely worth it albeit dear. Wouldn’t fly my drone without them. Also PolarPro- I know you guys are reading this- please sponsor me!!

Trust me the Mavic is totally worth it and if you can save up for one, I highly recommend it.

Just don’t tell the wife how much it really is..or your mum!!

This website uses cookies to improve your experience while you navigate through the website. Out of these, the cookies that are categorized as necessary are stored on your browser as they are essential for the working of basic functionalities of the website. We also use third-party cookies that help us analyze and understand how you use this website. These cookies will be stored in your browser only with your consent. You also have the option to opt-out of these cookies. But opting out of some of these cookies may affect your browsing experience.
Necessary Always Enabled

Any cookies that may not be particularly necessary for the website to function and is used specifically to collect user personal data via analytics, ads, other embedded contents are termed as non-necessary cookies. It is mandatory to procure user consent prior to running these cookies on your website.